Digging Up Donegal’s past in Spain

When you visit Donegal town you cannot miss seeing the castle close to the diamond in the town center. The castle was the stronghold of the O’Donnell clan, one of the most powerful Gaelic families in Ireland’s history. Red Hugh O’Donnell, who was allied with Catholic Spain, fought in the 9 years war against Elizabethan England, which ended in 1601. Gaelic Ireland was defeated at the ‘Battle of Kinsale’ and the Spanish ships there were completely surrounded by the English troops in the port of Kinsale. After the battle, the 30 year old Red Hugh O’Donnell escaped to Spain to ask King Philip III if he would further help Ireland to drive off England’s control in Ireland. Sadly, O’Donnell never made it home to Ireland and died and was buried in Valladolid, in Spain. The King of Spain granted the Irish nobleman a military funeral, attended by state officials and palace guards. 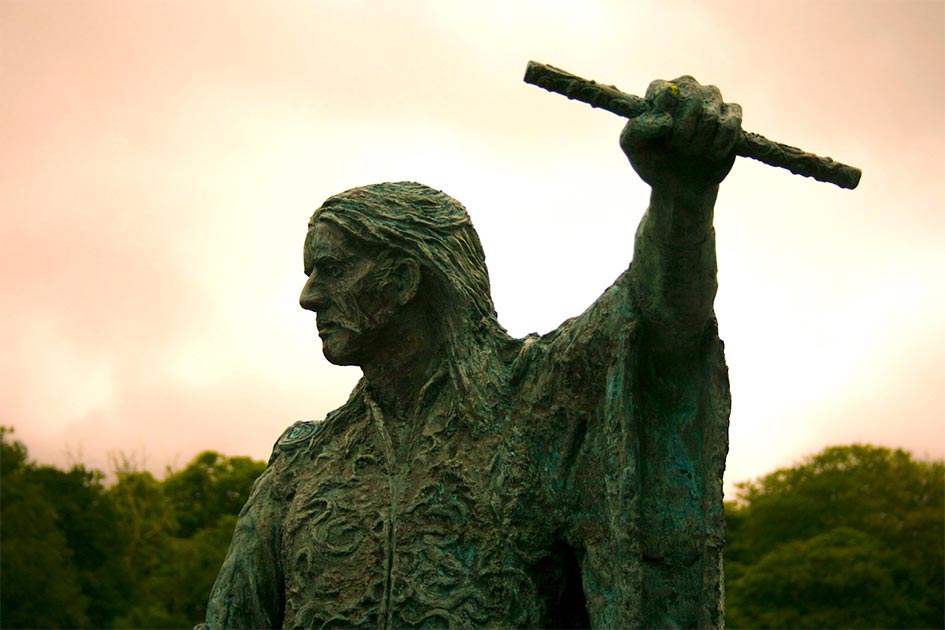 Thanks to the initiative of a retired Irish soldier, who visited Spain over a year ago, and asked the city’s authorities if they knew the locations of O’Donnell’s grave – the mayor of Valladolid granted permission to the Hispano-Irish Association and archaeologists to begin an excavation. One of answers they are looking for, should they find O’Donnells grave, is the cause of his untimely death because it was unclear if it was due to infection or if he was indeed poisoned by an English spy. DNA testing will be required to identify the skeletons, but one helpful piece of information that prove a clue, is that O’Donnell had succumbed to frostbite as a young man and evidently lost his big toe on each foot. The Spanish archaeologists believe they are close to finding the remains of Red Hug O’Donnell entombed below the foundations of a bank. We promise to update you again, as the excavation continues!

Our Shamrock and Peach tour guests will visit both Donegal Castle and Kinsale next summer so we promise to update you as the excavation continues!