Ireland -Land of Saints and Scholars 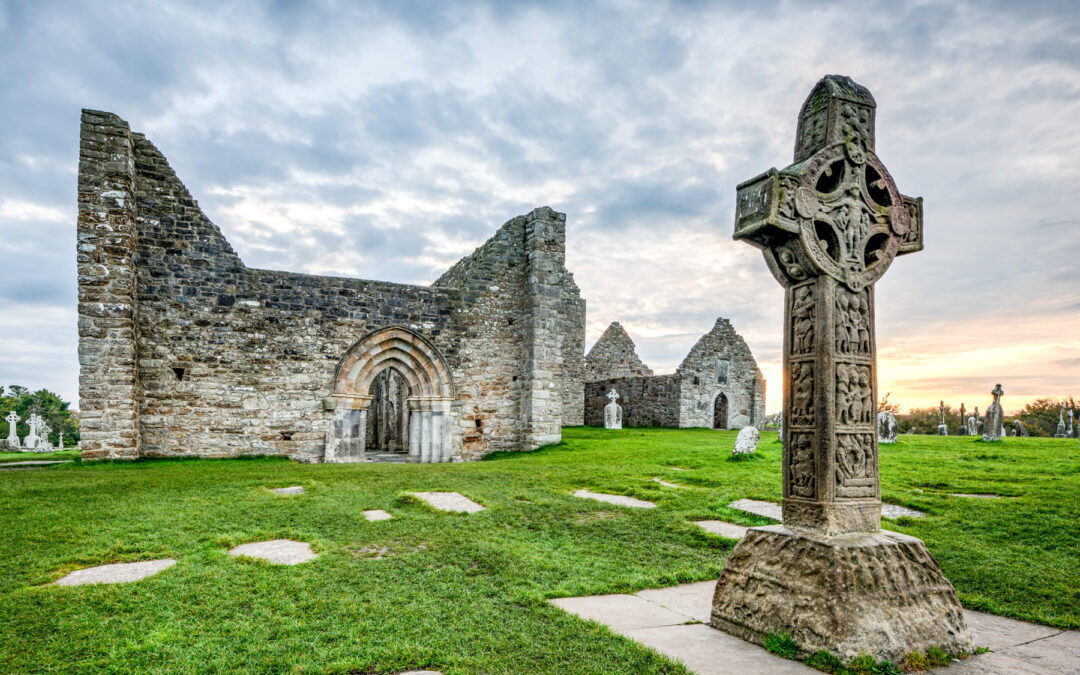 In Ireland’s core you will not only find its oldest pub, but one of its finest early Monastic sites.  The Monastery at Clonmacnoise dates back to AD 544 when St. Ciaran,who studied under St. Finian at Clonard Abbey, founded the site. Considering its central  ancient East/West land route on the banks of the River Shannon you can see why it bloomed during Ireland’s golden age of learning – a ‘land of saints and scholars’.  Many historical manuscripts can be traced to this site with stories of High Kings, ancient feasts and  even whiskey!

The site is peaceful and tranquil today and visible remains include a cathedral, seven churches, two round towers, three high crosses and fascinating grave slabs.  Considering the site has endured attacks from the Irish tribal wars, the Vikings and the Normans it’s a miracle so much still stands today. One of the many hi lights of the site includes ‘the cross of the scriptures’ that is mentioned twice in the annals of the Four Masters.  I cannot help to imagine a time when the Irish could not read or write and they would learn bible stories by the carvings on  the crosses, from the betrayal of Christ to the Crucifixion and the Judgment that is still to come. 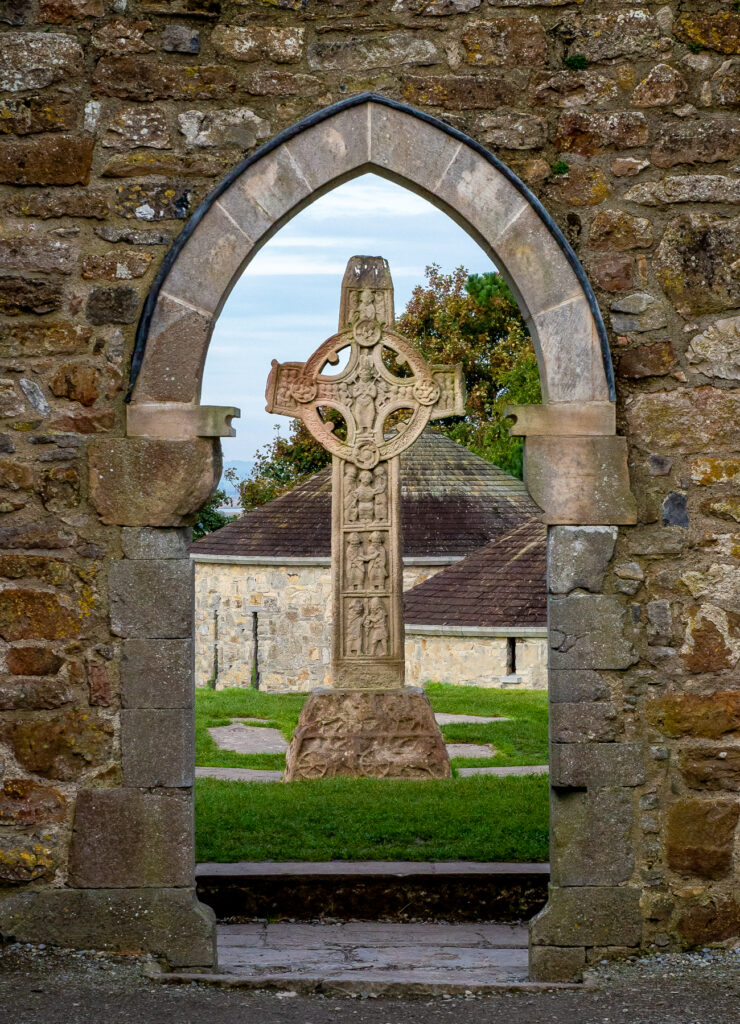 This Sunday Shamrock and Peach tours will return to walk this ancient site and look forward to sharing this jewel with guests next summer on our Wild Atlantic Way tour.

Joy in the Journey!