Outlander Returns and does not disappoint 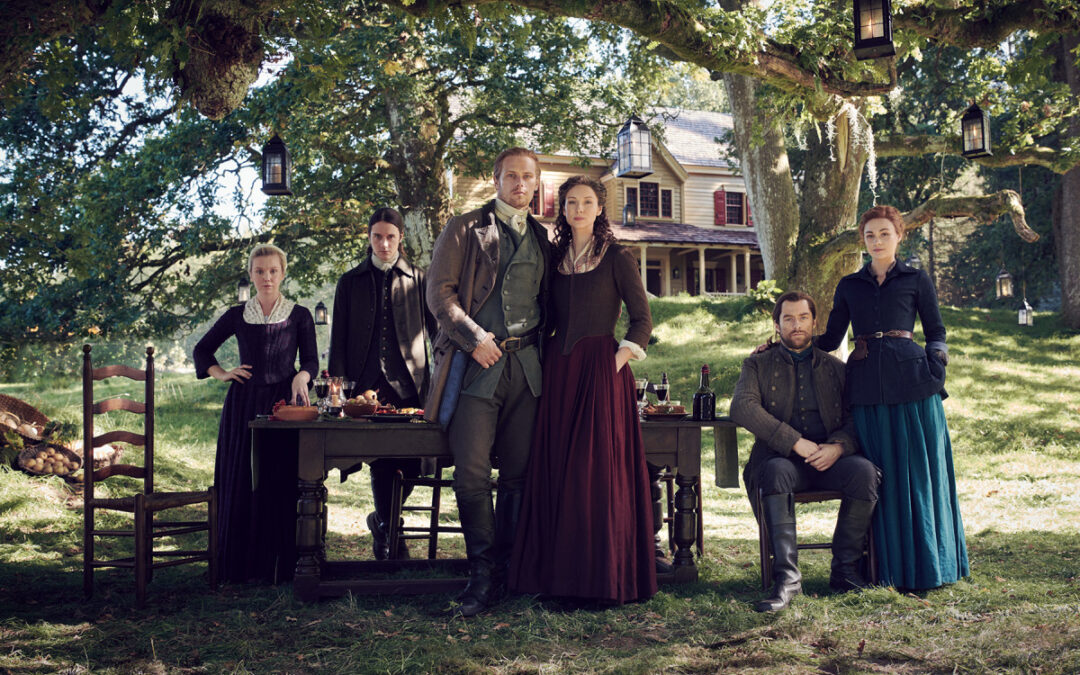 With last weekend’s exciting launch of Outlander, Season 5 many of us are becoming more and more intrigued with all things Scottish.  Lassie’s are in search like never before for their very own Scottish version of Jamie (Sam Heughan) and flying across the Atlantic ocean in hot pursuit.  The kick off to the series was launched two days earlier for fans on Valentine’s Day and it did not disappoint. The series begins with a flashback to the childhood promise to young Jamie from his mentor ‘Murtagh’ to take care of him because of an oath he had sworn to his mother, setting the tone for the fierce loyalty of family and friendship we have all come to love and expect in the series.  Next, we are then transported to Frazer’s Ridge and the new life in the Americas for Claire (Sophie Skelton) and Jamie and the reuniting of young love’s Brianna’ and Roger. With the scene now set for the looming war of independence and the challenges that will inventively be faced.

When we visited the Culloden Battle Field field Site last year, a pivotal part of the Outlander story, we asked the guides if they had noticed an increase of visitors since the success of Outlander and they praised the show and mentioned how visitor numbers have sky-rocked since the series began.  The Scottish Tourist board are not complaining either, and neither are we… with two sold out tours to Scotland this summer.

We do have openings for you to join us on our Spectacular Scotland tour in May 2021.. that’s posted on our website currently.  The dates are May 23rd-30th 2021… Check it out!!

So my laddies and ladies .. It’s over and out from rainy (Atlanta)