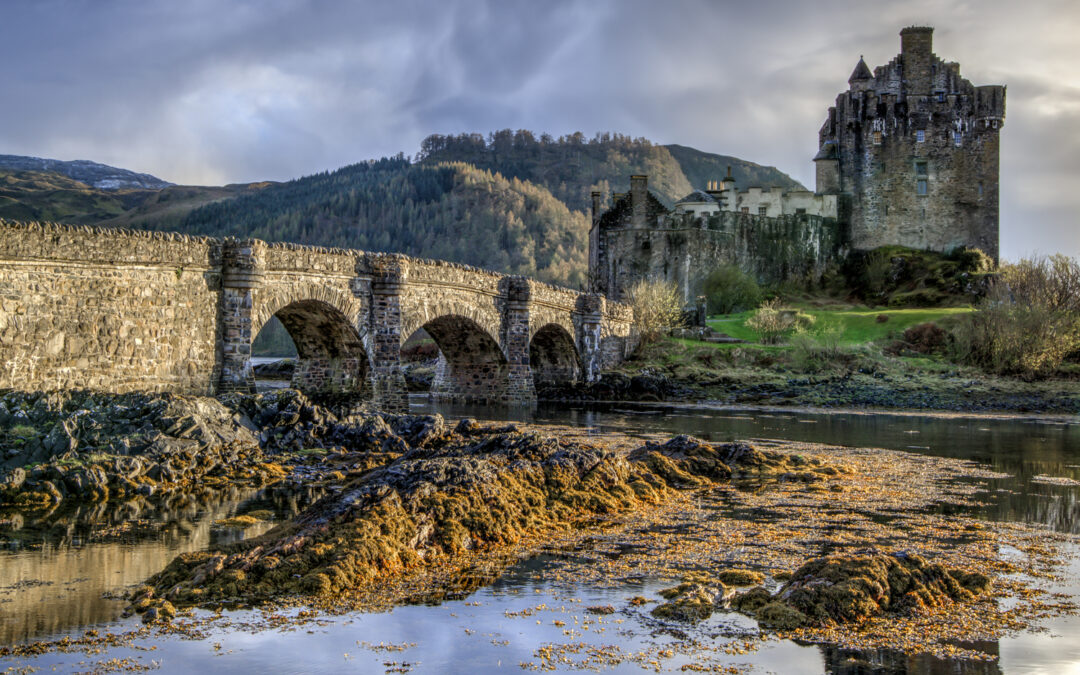 So yes, we all know that Scotland has some amazing castles – but Eilean Donan is really incredible, really special, but have ever wondered about it’s strange name? – read on…

Irish monks contributed to the spread of Christianity by leaving their homeland and establishing monasteries in Britain and continental Europe.  Later on in the 13th century the term ‘land of saints and scholars’ was associated with Ireland to pay tribute to the fearless missionaries who were sent out to spread Christianity.

One of those monks is Saint Bishop Donan who is attributed to the name of Scotland’s most beautiful and photographed Castle, “Eilean Donan”.  This magnificent castle is situated on the Western Coast of Scotland on the main driving route to the Isle Sky.  There are several churches dedicated to Donan in the area, and it is presumed that he established a small community during the late 7th century.  Sadly, it is documented in the Irish book of Leinster that Saint Donan and his followers suffered martyrdom on 17th of April 617 by the pagan pictish peoples he was trying to convert to Christianity.  Donan is the patron saint of Eigg, an island in the inner Hebrides where he was martyred.

The word Scotti is Latin for the Gaelic speaking people of both Ireland and the Western Isles of Scotland. In early medieval times Ireland was know as (Eire), the land of habitual winter (Hibernia) and (Scotia) in Latin.  By the end of the 11th century  the Gaelic lands were referred to the “Sea Kingdoms” of the Lord of the isles and the sea was a mighty highway.  The Gaelic lands held a similar language, culture where they fought over trading routes and took part in endless clan rivalry.  Eilean Donan Castle would offer the ideal defense for such clan rivalry whose walls contain more secrets than we will ever know or imagine.

Looking forward to beholding the beauty. mystic and majesty of Eilean Donan next summer when we visit with our Shamrock and Peach Tour Groups.