The end of the Scottish Clans at Culloden 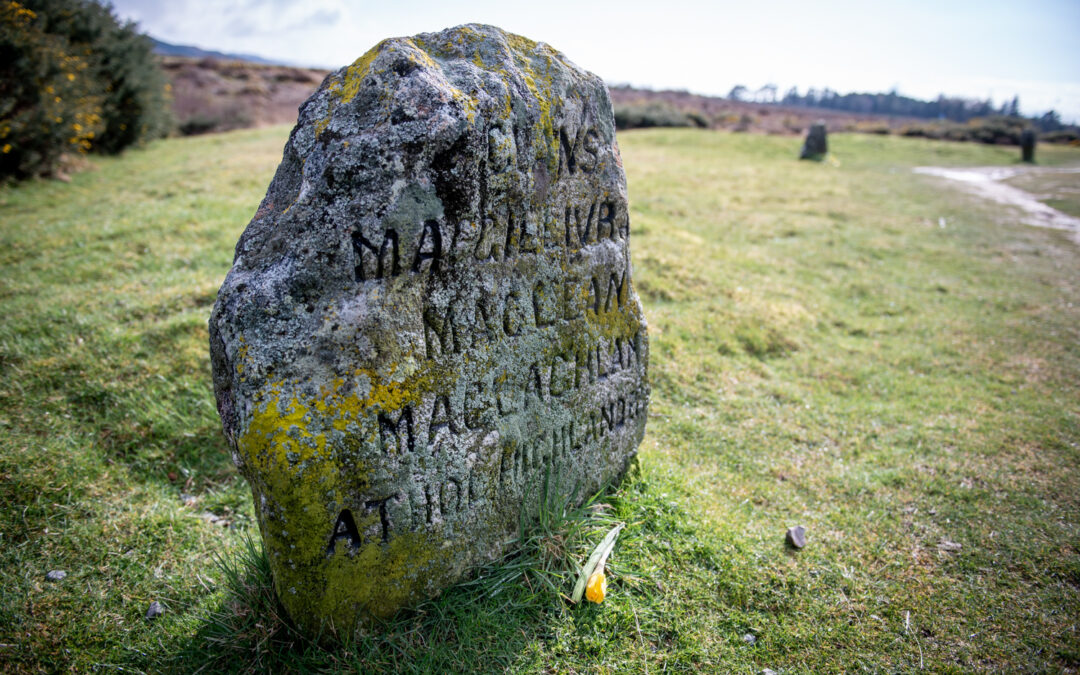 We found the McLaughlin clan name written on a memorial stone at the Culloden battlefield site on a calm and sunny day last year, and reflected on the loss beneath our feet.  Culloden is one of those places where time stands still, and there is a draw to look back, to remember and not forget.  The Battle of Culloden was fought on April 16 1746, and it marked the end of an era for the Scottish clans system.  On this day the Jacobite’s, under Charles Edward  Stewart (“Bonnie Prince Charlie”) were defeated by the British under William Augustus, (“the Duke of Cumberland”).  The site at Culloden is only a few miles out side the city of Inverness on a marshy moorland known to the locals as “Drummossie Moor”. The battle was a bloody slaughter for the Highlanders who were hungry, tired and surrounded on marshy ground by the British ‘red coats’ and defeated in a brief 40 minutes.  The British were prepared and had studied the way the Highlanders charged straight ahead towards their enemy. The red coats attacked the Highlanders from their right side and not in front of these brave warriors ran to their death.  All attempts to restore the Stuart blood line to the throne as Bonnie Prince Charlie escaped the slaughter before making his way disguised to the isle of sky.

For those of you joining us on one of our  Spectacular Scotland Tour next year it will be an experience that will be rich in memory and contemplation.