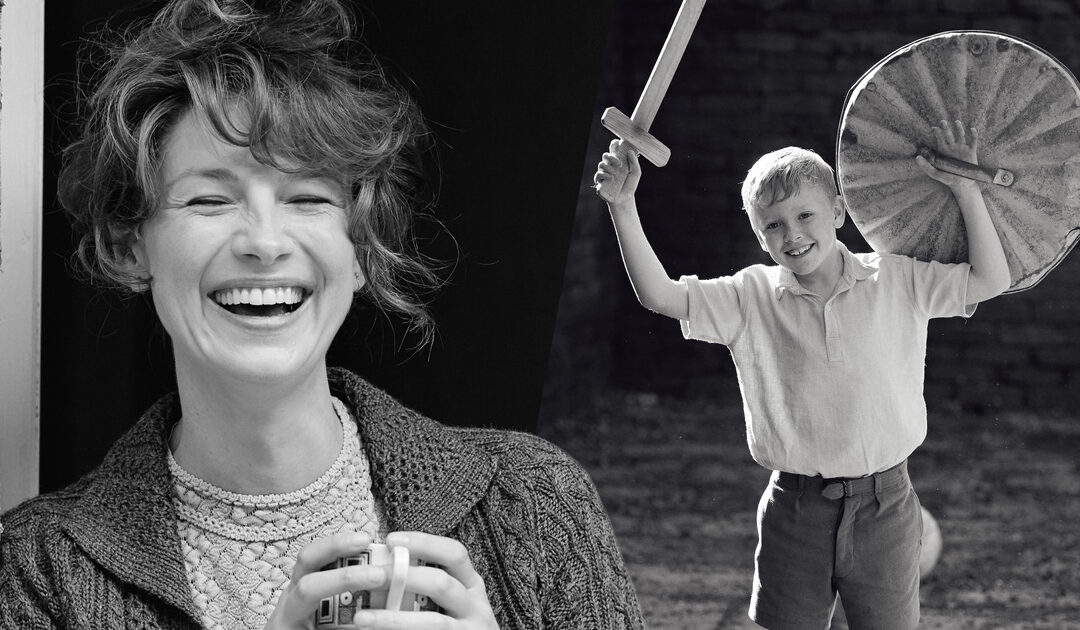 Last night my husband and I attended the premier showing of the movie ‘Belfast’ with the Irish Network and Aris Theater company at the Regal Perimeter, here in Atlanta. We must have been some of the last to leave last night talking after the move, so glad to get out and about again. Kenneth Branagh’s film is subtle and superb. Set in Belfast in 1969 at the beginning of the conflict we knew as the Troubles – shot in back and white to capture the feel of the time, the film focuses on the emotions of a family struggling to cope with the turmoil around them- very well done, and the Van Morrison soundtrack fitted really well.

The star of the show for me was 11 year old Jude Hill who is from the same small village in Northern Ireland I am from, called Gilford, in Co. Armagh. Jude brought an energy of Joy that was electric through his performance, and I know his family are so proud of him. Another highlight was Jamie Dornan’s singing performance of ‘Everlasting Love’, and Caitriona Balfe’s Belfast accent was flawless. Being from Northern Ireland I could not notice Judie Dench’s Belfast accent slip in to a Southern Irish brogue from time to time, but only someone like me would pick up these subtle nuances. For Belfast born actor Ciaran Hinds the accent was a walk in the park, and his performances never disappoint.

If you get a chance please go and see the movie. It’s highly recommended!

Love from Shamrock and Peach (Judith)