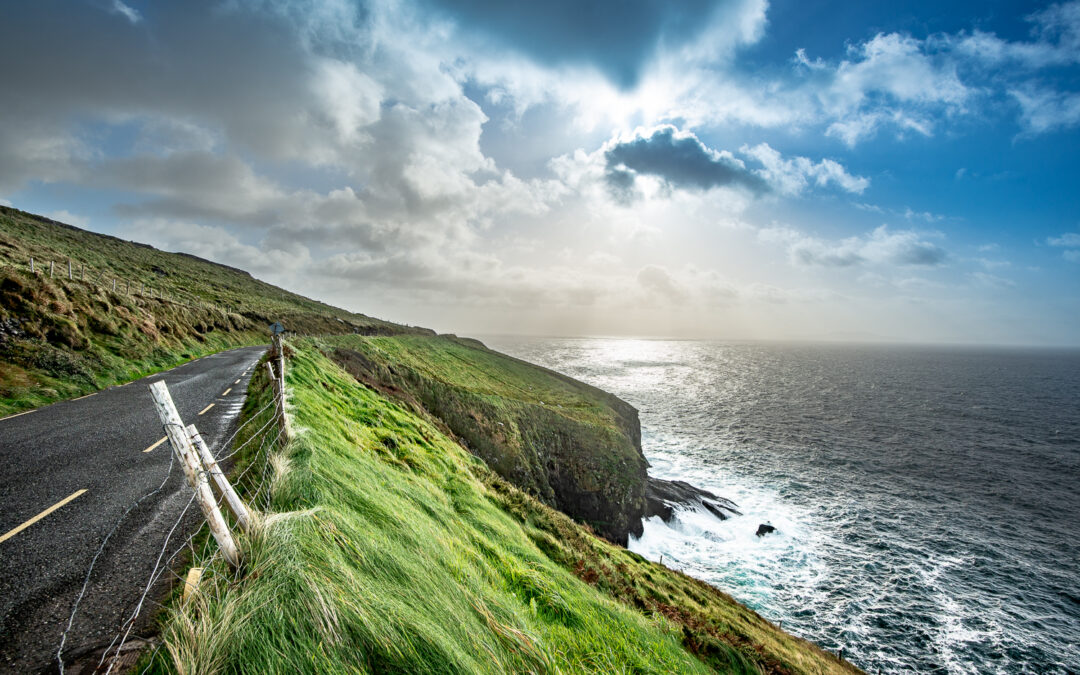 Just to give you a brief overview; The book begins by introducing the ‘river roads’ and a time when the sea routes were portals of discovery, and how the very first settlers arrived on Ireland’s shores. The stories of the River Roads are brought to life through stories from the Shannon, the Bann, and the Three Sisters. The Shannon is considered Ireland’s ‘supreme waterway’, flowing through eleven of the thirty two counties of Ireland.

The book then goes on to share about the ancient paths, naturally formed by cattle herding! An explanations as to why our roads are so twisty!. It’s also these off the beaten track roads that bring us to the kind of hidden places I love to bring people, such as the Hill of Slane near Newgrange, or Clonmacnoise near Athlone. Many of these pagan sites became pilgrims paths with the arrival of Christianity to Ireland, and still play a unique part in the culture.

Then there is the age of the canal, and a time before the invention of the automobile, when supplies relied on barges operated by horse power. And finally, the age of the railroad that explains the abandoned bridges and grand hotels that were once stations.

The very last chapter is about the sea coast roads, and makes the history of the trade routes come to life.

Here is the link to check out the book and I hope you enjoy it as much as I did!

Joy in the Journey!