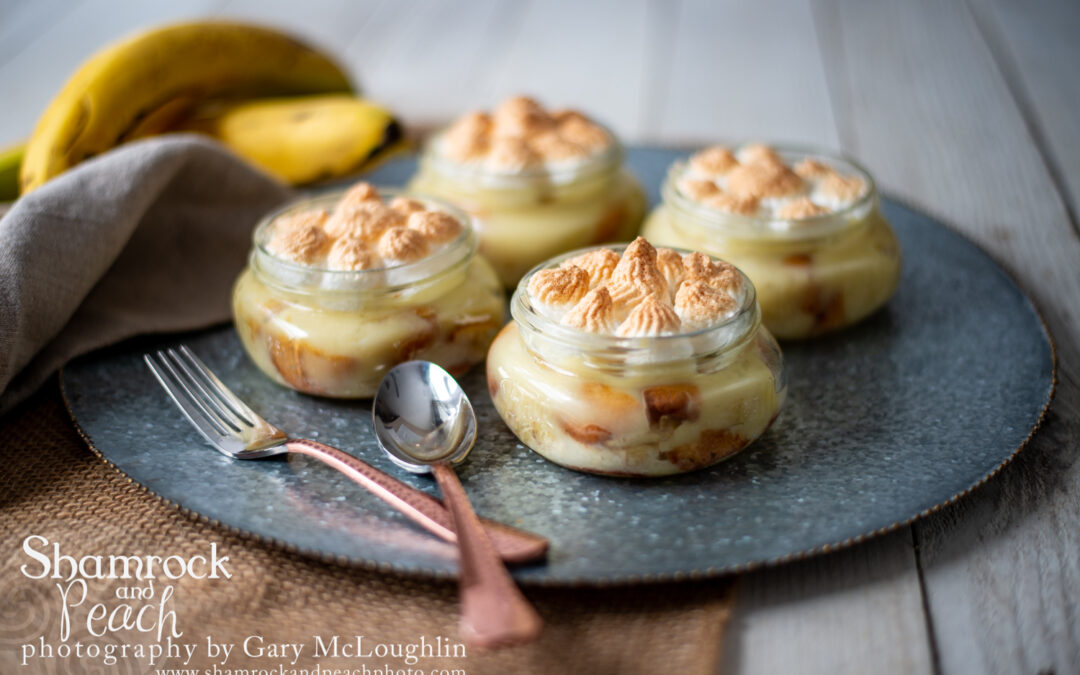 Creamy Custard and fruit based desserts are ultimate comfort foods for me.  Growing up in Ireland my grandmother was famous for a custard based Pineapple Meringue Pudding and I have such fond memories of sitting around her kitchen table.   So, when I first heard about American ‘Nana pudding’ I was intrigued especially when I thought of my own sweet Irish  ‘nana’ and how the puddings would compare.  My Atlanta friends were excited for me to taste and as they saying goes ‘you had me at hello’.

From what I have researched Banana pudding recipes were first published around 1888 in not only the American South but in the Massachusetts based Good Housekeeping.  For those of you following from Ireland or the United Kingdom the missing ingredient will be the American Vanilla Cookies (Nilla Wafers),  but I suggest lady fingers a possible substitute.

Hope you enjoy this recipe adaption (it’s made with a little less sugar added to the pudding than most other recipes)..